Burning Up on Re-Entry

Having lived as an expat for nearly five years now, during which time I have seen many fellow expats come and go (it’s a transient sort of place), I have noticed that, while many take back to British life like ducks to proverbial muddy water, others find it a little bit more tricky to adjust… They plummet back down to earth, burning up in the British atmosphere like metaphorical meteorites.

For some people it’s just the little things that are difficult: remembering to open and pour your own bottle of mineral water at lunch (rather than waiting for the waiter to do it); remembering to park (and then find) your own car at shopping centres (rather than availing yourself of the highly convenient valet parking); remembering to insert your debit card, enter your PIN and then retrieve your card without being politely prompted (this one foxes me every time I’m home). 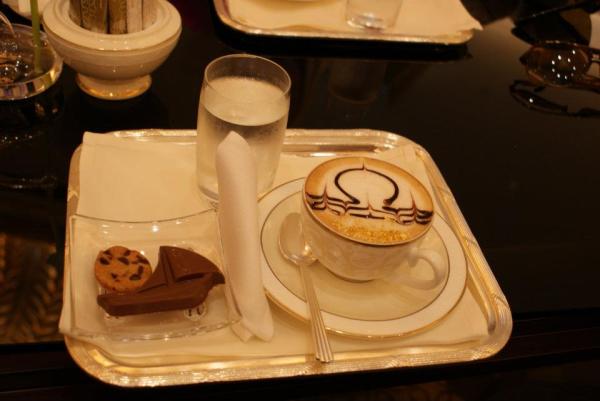 Where, in suburban England, might one be served a cappuccino with actual gold flakes on top?

The cost of certain things in the UK comes as the culture-shock equivalent of a slap around the face for some folk: a packet of cigarettes is about £2.50 here (or as cheap as £1.60 if you’re not fussed about a smooth flavour / having a functional larynx…); for returning expat smokers £9.16 for 20 Marlboro Lights might just have them hopping straight back on the plane. Petrol is about 30p a litre in Dubai – less than a third of the price back home… So chain-smoking Hummer drivers may well find the repatriation process just a little stressful, not to say hellishly pricey.

For other returning expats, it’s the fact that life’s luxuries have (without them even noticing) become life’s necessities – and we are perhaps all guilty of this to some extent. People bewail the loss of their own private swimming pool or gym, or the fact that there are significantly fewer ‘Bikini and Bubbly’ yacht parties in Surbiton. They find that they simply can’t cope without someone to deliver a litre of semi-skimmed and a four-pack of loo roll to their front door at 11:39pm. It’s the lack of perspective that becomes so shameful and comical: expatriate Dubai is perhaps the global epicentre of the ludicrous ‘First World Problem’. There are online forums for expat mums here in Dubai which are filled with women simply desperate for someone to steam-clean their chandeliers, or to bake them a ten-tier Cinderella birthday cake. A few of them, sadly, have been here so long that they have lost not only their sense of perspective and their manners but quite possibly their wits too – they clearly believe that employing a nice girl as a home-help makes them a character in Downton Abbey.

You sometimes come across people who have been expats for much too long – colonial dinosaurs who have got so used to what they call ‘the lifestyle’ here (they don’t just mean the luxuries they are fortunate enough to enjoy, they mean behaving as if being white and wealthy somehow makes them better or more important than other people – and totally getting away with it), that they could never survive back home. I think of them as being a bit like institutionalized prisoners, incapable of integration back into civilized society.

Some (perfectly nice and normal) British expat parents who have been used to having an extra pair of hands around the house, find that going cold-turkey on the nanny front inevitably makes the first few months back home rather tough. For others, the mere thought of it is enough to keep them living in Dubai until all their children are old enough to feed themselves / play unsupervised / vote.

The funniest anecdote I have heard about an expat couple struggling to readjust to British life was not to do with luxuries or indeed childcare, but their sheer horror and confusion at the UK system for rubbish collection. This particular couple simply could not cope with having to sort their rubbish into seven different coloured wheelie bins, or remembering to put the appropriate wheelie bin at the bottom of their driveway on the assigned day of the bi-weekly timetable. They got it horribly wrong. They missed the right days. They probably did something crazy like putting the corrugated cardboard in the same bin as the newspapers and magazines. In the end (and on the verge of lunacy) they gave up altogether, crammed several weeks of stinking rubbish into one bin, stuck it in the boot of their car and drove it to the tip themselves. Forgivable for the first week home, maybe, but they continued to do this for months. Months…

As environmentally reprehensible as such behaviour is, it’s easy enough to see how one could get a little flustered after being used to the rubbish collection system in Dubai. In the apartment blocks here we have a garbage chute on every floor. One opens the garbage hatch and drops the bin bag down the chute, and… Hey Presto! – You never see it again! No sorting of tin from aluminium or potato peelings from banana skins. And no remembering to put the garden waste bin out only on the second Tuesday of the month if there isn’t an R in it and / or the moon is in the third house. Garbage chute = easy-peezy-lemon-squeezy. And yah-boo-sucks to the environment, too…

There are various recycling initiatives that happen over here (though they certainly don’t cover all areas of the Emirates yet and none of them are compulsory the way they are in other countries), and one does occasionally see a recycling bin being used in a way that corresponds with its intended purpose. According to a national goal made public in 2011, by 2030 100% of all domestic waste in Dubai will be recycled. 100%. They’re nothing if not ambitious over here. Actually they’ve gone rather quiet on that recently, so maybe we’ll be sticking with good old one-size-fits-all garbage hatches for a while yet. 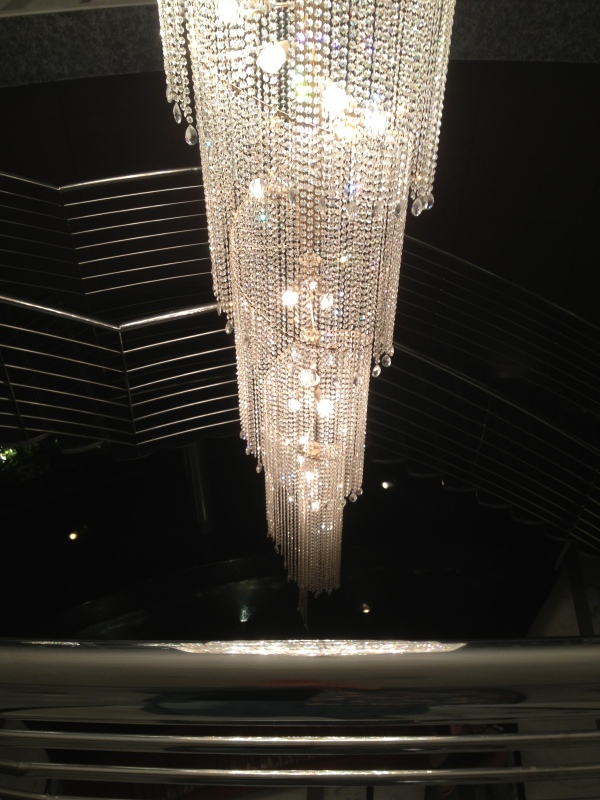 User-friendly garbage chutes aside, my husband claims the sunshine is the main thing he’ll miss (well, that and the tax-free income), though he does send his shirts out to be ironed and I’m not entirely sure who will inherit the joy of that weekly task once we move home… Who am I kidding? I know exactly who will inherit that joy. Actually I don’t mind a spot of ironing if I’ve got a G&T on the go and a vintage Midsomer Murder on the telly… So other than rain, tax and ironing, I can’t see us struggling too much to settle back into the swing of things back home… So long as he can find someone to make me a ten-tier Cinderella birthday cake, obviously.